Behind the Scenes: Chef 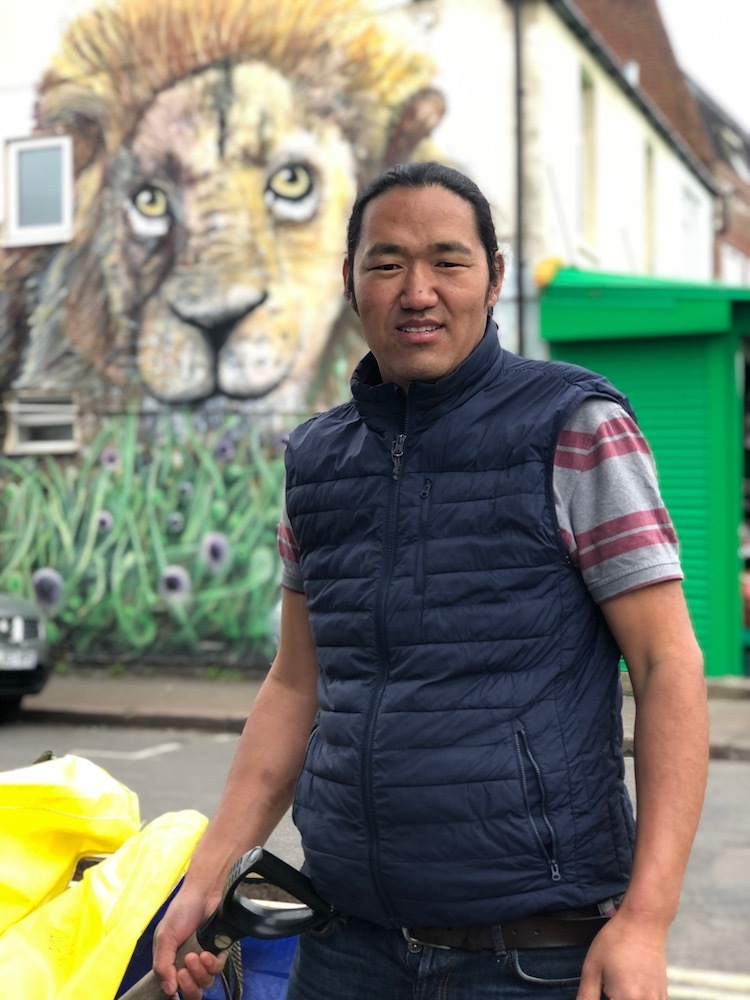 This is a very familiar face to regulars of Taste Tibet but how much do you know about your local Tibetan chef?

Yeshi is marking ten years in the city of Oxford this July, but he had already lived many lives before he got here. He was born in rural Tibet, and spent his childhood herding sheep and yaks out on the grasslands of the Tibetan plateau. Other brothers and sisters went to school in a nearby village, but they had to stay away from home for a week at a time and there were rules upon rules that had to be followed. None of this appealed to a freedom-loving boy who adored his mum and did not take well to instruction.

Yeshi did not step foot into a classroom until he arrived in India at the age of 19. He had crossed the Himalayas by foot with his younger brother – a journey that took 24 days, at times under cover of darkness – with the intention of sticking around just long enough to help his brother join the monastery. But he stayed and went to school for the next four years, learning to read and write Tibetan for the first time, as well as some basic English.

Yeshi had already spent over a decade in India at the time that we met, and during this period he had lived all over, working variously as a full-time carer and as a jewellery merchant on Goa’s beaches. Away from home and from family, cooking had become a means of survival in India, and also a passion. It was, and continues to be, a way that Yeshi can mentally reconnect with Tibet. Food brings to life memories of his early years out on the mountains, and is a fun and meaningful way to start conversations about Tibetan culture and traditions with our children.

We’ll do the “How We Met” post at some point, but suffice to say it was Yeshi’s cooking that sealed the deal for me, and sharing the best of his cuisine has become something of a mission for both of us. If you love our momos there is still time to nominate us for this BBC Food and Farming award! Nominations close on Monday 17th May. Looks like you’ll need to write a fair few words (thank you so much for taking the time to look) but hopefully there is plenty that makes us potential award-winners and it won’t take you too long!

Our opening hours this week are as follows:

This week’s menu is live on our website now.

Next week we open for indoor dining! For now it’s outdoor tables and takeaways, and of course plenty of take home ready meals. Just drop by or you can pre-order for evening takeaways on 01865499318 from 4pm on the day. The best time to call is between 4 and 5pm before we open.

Big thanks for reading and supporting.