Are Tibetan People Vegetarian? The Lowdown

This Wednesday, November 1st, is World Vegan Day. Come and see us in Oxford’s Gloucester Green market for an amazing vegan spread!

But what of veganism and vegetarianism in Tibet? Is it a thing? Do Tibetan people eat meat? These are questions that we are asked often, as people consider how religious beliefs may affect the diet of ordinary people in Tibet.

Chef Yeshi and Chef Namdi are a good double act when these questions pop up. Yeshi is a meat lover (with a strong desire to cut down). Namdi is a meat hater who raises his young children on a mostly vegan diet.

This divide is common in Tibet and among Tibetan communities around the world. Historically, Tibetan nomads relied on a diet that was rich in meat and animal products. Vegetables are hard to grow in a region where the average elevation is over 4,500 metres, and killing animals and eating meat has been viewed as a necessary evil. But Tibetan people never kill beyond their need, and every part of the animal (yak hair, for example, is used to make nomad tents) is always put to use where it cannot be consumed.

Today, things are changing on the plateau. In recent years there has been a huge rise in the number of people embracing vegetarianism and veganism in Tibet. As nomads and people from isolated areas gain easier access to the city, where a wide range of food products can now be found, and as notions of Tibetan identify also evolve, so meat-free diets are becoming much more common.

As for Buddhism, a central tenet is non-harm to other beings. Vegetarianism is encouraged, but it is not considered essential. Basically, Buddhism discourages dogmatism and extremism in all forms, so those who choose to exclude meat from their diets are discouraged from attaching too closely to this as an identity. This means that as a non-meat eater, if somebody well-meaning who has spent time and effort preparing you something special proffers you a dish that contains meat, you should probably take it.

Yeshi always takes care to move a snail out of the way, or to search through his spinach before washing it to save any creatures that may be lurking within. He hates digging in the allotment for fear of upsetting the life forms within. But the reality is that killing is a fact of life. The role of Buddhists is simply to be mindful of the harm that we do, and do do as little harm as possible.

In the monasteries of Tibet and India, tofu has recently been embraced as a wonderful substitute for meat. On World Vegan Day, we are bringing back a Taste Tibet crowd favourite: tofu with seasonal greens. Go veggie for the day! This one is worth it. 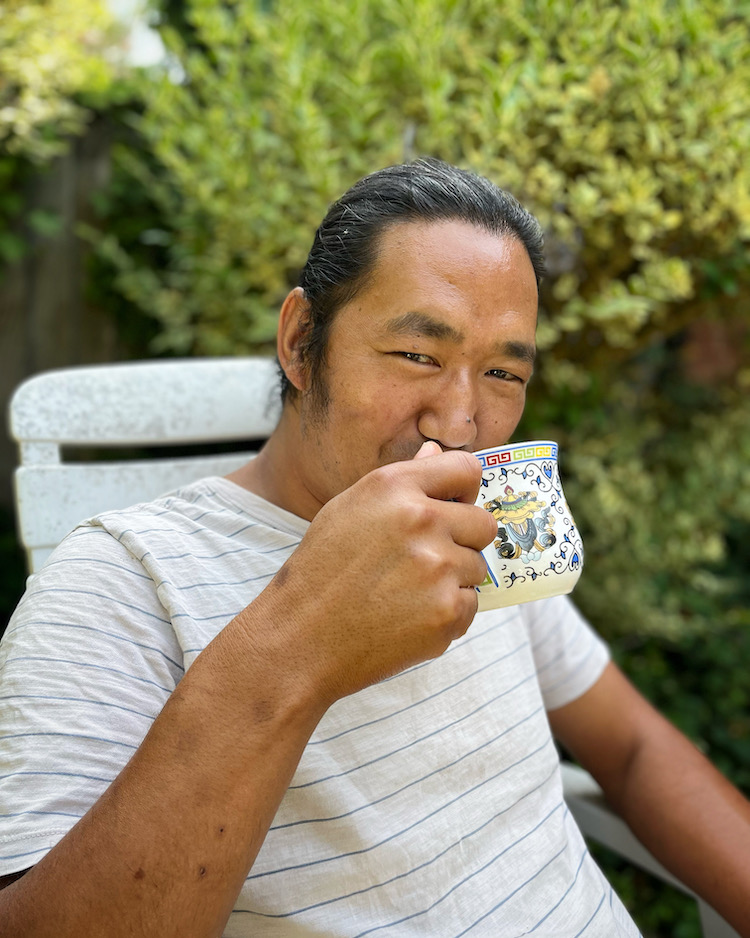 Cooling Down With A Hot Cuppa

In Tibet, when it’s hot outside there’s no reaching for a cool drink: hot tea is always the answer. Stripping down isn’t advisable either. Yeshi made a video 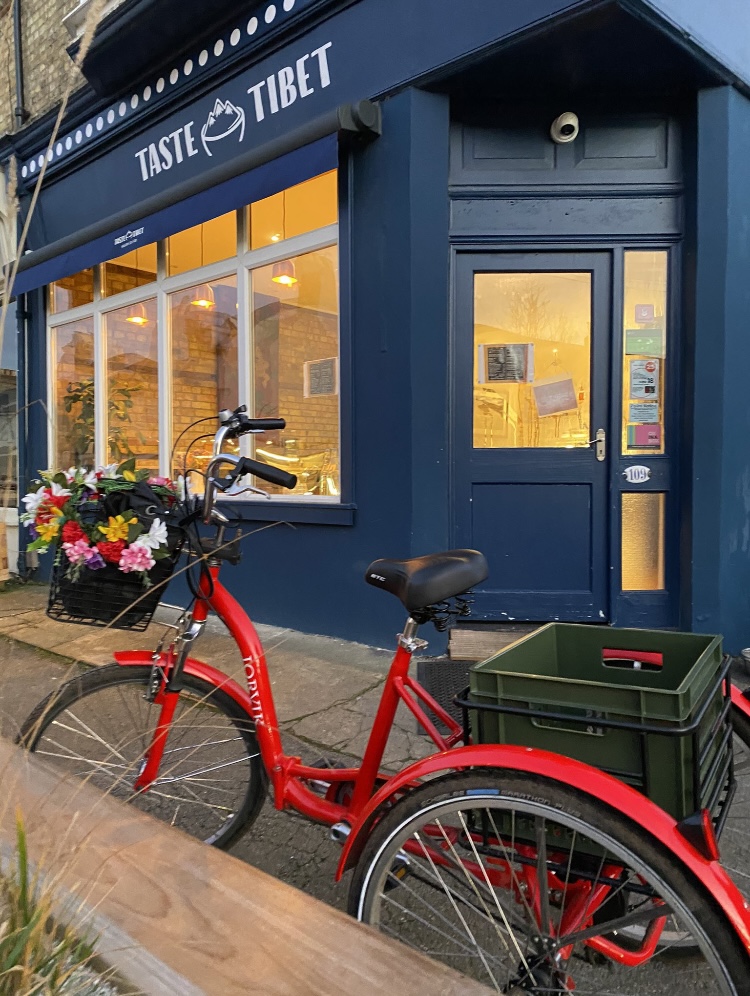 TT In The Community

Most of you know this already, but sharing our passion for fresh food, wellbeing and sustainable living – Tibetan style – has been Taste Tibet’s 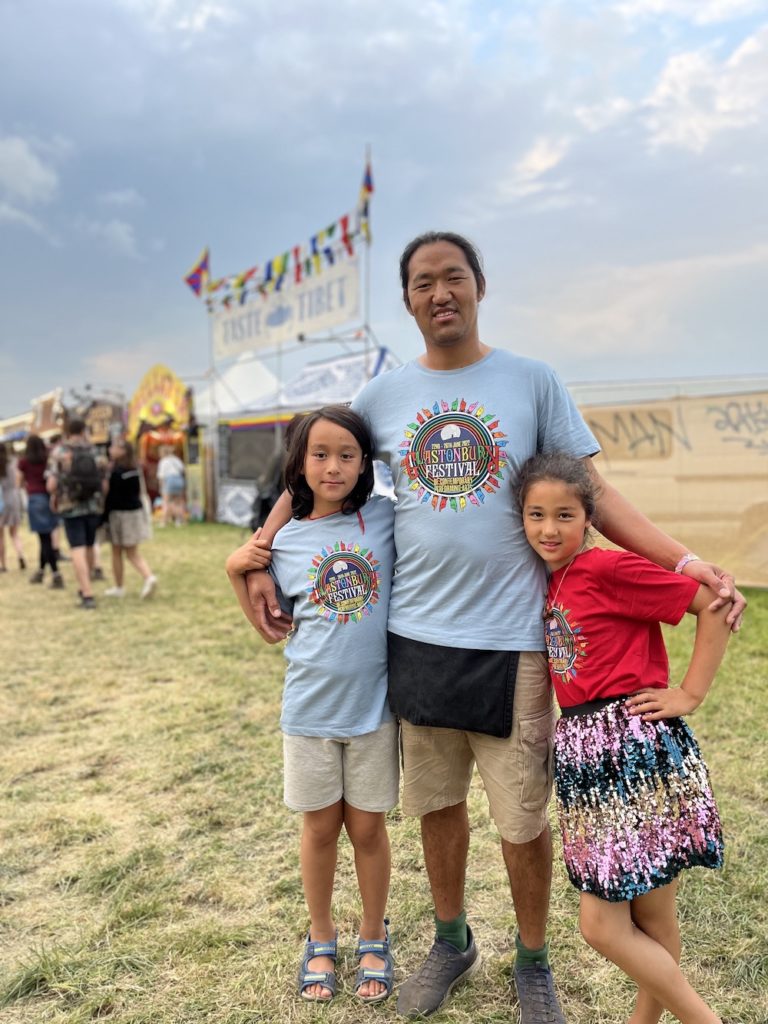 A Summer of Celebs

Everyone has been asking about Glastonbury.  In fact, Hay Festival was arguably more exciting (if you’re into books, that is). I personally spent a lot of time hanging out