Things You Can Achieve During a Global Pandemic 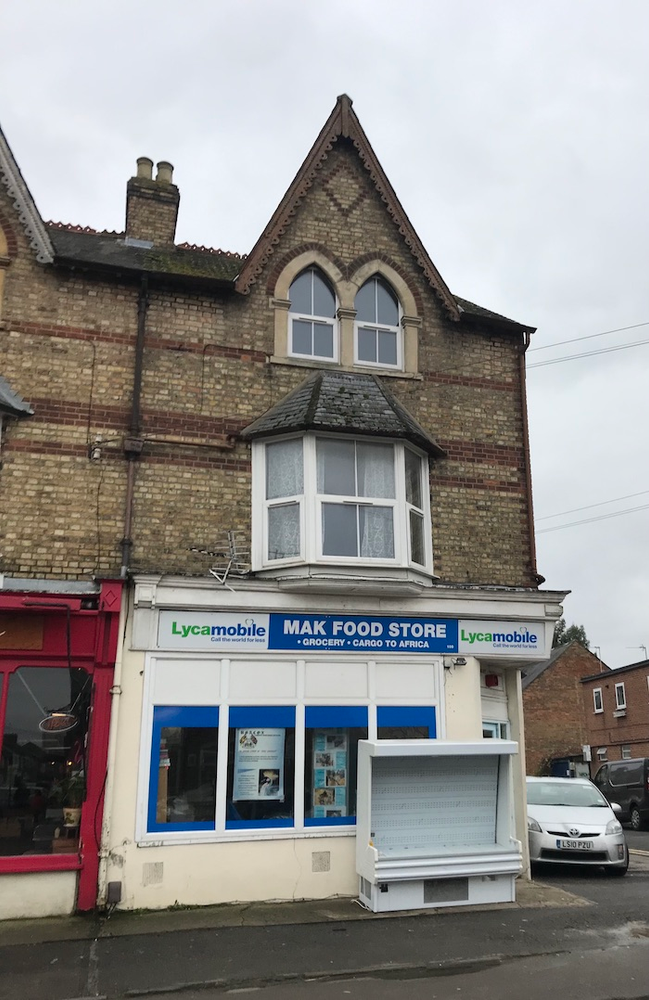 2020 would have been some year even without the pandemic.

In the first few days of January 2020 we completed on the purchase of a beautiful but completely run-down property on Magdalen Road in East Oxford. This handsome end-of-terrace building most recently housed a shop selling phone cards and shipping cargo to Africa. The store was full of shelves, but there was famously nothing on them – a bottle of shampoo, perhaps, and sometimes an unidentifiable African vegetable. Upstairs were four largely uninhabitable rooms with plaster coming in, and sinks plumbed into pipes that just poured directly out into the street.

With no prior experience of renovating a property, we started work on the building in late January. We had a great team of builders on board. Meanwhile we were busily planning a trip to Tibet for mid-Feb. In 2019 I had won the Yan Kit So Award for food writers on Asia, a grant that was going to fund a 3-month research visit to the region – trip of a lifetime, in short.

By March this trip had been cancelled and we were left clinging to hopes of a normal summer of festivals that this year we needed more than any other. All the financial planning that had gone into the massive renovation project now underway in Oxford depended upon a busy and successful festival season. The cancellations came through one after the other. We were particularly gutted when we received word from Glastonbury that the 2020 event would not be going ahead. This would have been our first time trading there.

By April the country was locked down, and we had reconfigured as a deliveries business. With it came a whole host of new nightmares. Keeping track of who had ordered what and for which day, not to mention finding our way around the backwaters of Oxford, was a huge challenge and steep learning curve. Meanwhile we were doing none of the home schooling that everyone else was whispering about. There were countless sleepless nights.

At the same time, we also found ourselves in the surprising position of supplying free food for NHS frontline workers. This was a scheme that we cooked up during the first week of lockdown with the vain hope that our new delivery customers might add vouchers to their regular orders to support us. It worked. We ended up delivering hot meals to the JR and Churchill Hospitals on a weekly basis for four months. And when the hospitals went back to “normal” over the summer, your astounding generosity allowed us to kickstart another new initiative providing free food to vulnerable people in Oxford in conjunction with Oxford Mutual Aid. This scheme is ongoing today – please support us if you can. Thank you to everyone who has contributed towards these efforts. We have had donations from all over the world and we are incredibly grateful for your support.

By May we had a new deliveries model up and running alongside the regular drops in Oxford. We took pre-orders of food through our new online shop for drop-offs in car parks in neighbouring towns, notably Wallingford, but we also hit the lay-bys of Abingdon later in the summer. Everything was starting to feel a little surreal.

In June something very exciting happened that we still can’t talk about, but suffice to say that we are even busier behind the scenes than anyone can realise. This is an ongoing project that we hope to be able to reveal in the new year.

By July market stalls were up and running again and we dusted off the old Tibetan tent and the wonderful people of Silvie gave us a home in their forecourt on Iffley Road. Our East Oxford neighbours showed us amazing support – thank you! – which took the edge off some of the issues that were beginning to come to light with our new premises around the corner. Building work stuff that had gone awry because no one had really been watching during lockdown. That kind of thing.

In September the children finally went back to school and things should have felt that much easier, but we discovered that we’d commissioned the wrong kind of gas pipe for our new restaurant kitchen and had to have the road dug up again at considerable cost (our fault). Renovation work on the new property was now nearly complete, but cash flow was beginning to be a major issue, and the loans were starting to feel very heavy. Our mood was not good.

In October we discovered that the beautiful, now highly rentable upstairs rooms in our new place could not be rented out long term due to council stipulations about the size that a kitchen must be when three or more people are sharing. I installed myself in one of the rooms as an office instead, closed the door, and shut out the noise. (I’m here right now, and it’s one of the best things that’s happened to me this year). Meanwhile our son was required to self-isolate for what turned out to be the first of two exclusions from school before the end of the year.

In November Boris shut us down for Lockdown II but we opened the doors to our new restaurant anyway – for takeaways only. The queues literally went around the block. One day we’ll be able to sit with these photos and marvel, but at the time it was all just overwhelming and hard to enjoy. Thank you to everyone who came out to support us, brought us cards, flowers, booze… We still can’t absorb it all.

On the eve of 2021, we have much to be nervous about, but there are also plenty of reasons to feel excited. We have huge debts that we didn’t expect to incur, and will need to work hard to claw things back. But Taste Tibet has a beautiful new home in an enormously welcoming and supportive community, and even while Tier 4 promises no great joys for this new space for the foreseeable future we will still be able to operate as a takeaway and perhaps to trial new stuff in yet more innovative ways.

Before we sign off, we’d like to sound you out about the new year. We’re thinking of reinstating a delivery day once a week – would you be interested if so? Please shout!

Finally, calling Wallingford! Would you like us back at the St. George’s car park at some point during Tier 4? Let us know.

Thank you to everyone who has stood with us, spurred us on and parted with their cash this year. We are so grateful. We are learning all the time, and it’s been painful, but with your energy and enthusiasm we feel like anything is possible. There is every reason to feel hopeful for the year ahead with you all by our side.

Looking forward to seeing you all soon! Meantime we wish you a very very happy new year, and here’s to all the momos.

Much love from Julie and Yeshi xx

PrevPreviousMomos and Moët
Next2 Offerings for Lockdown 3Next