The Tibetan New Year of the rabbit is around the corner. It’s not as imminent as Chinese New Year, which is celebrated this weekend, but Yeshi’s family are getting party-ready anyway. They always mark the new year at a moment that suits them: a farmer cannot take extended time off at whim.

The year of the rabbit is meaningful for Yeshi – it’s the year that he left Tibet for India. Twelve years later, a full rabbit cycle on, it’s also the year that he arrived in the UK. The twelve-year animal cycles are a significant measure of time in Tibet, a place where the passing of time is generally not otherwise marked (Yeshi, for example, does not know his actual date of birth – all he knows for sure is that he was born in the year of the sheep).

As we enter a new rabbit round, we’ve been reflecting on how things have panned out in the twelve years since Yeshi joined me here in Oxford. In fact, we’ve pulled off quite a lot of the things he said he’d like to do when we put together his visa application in India almost twelve years ago to the day. Opening a Tibetan restaurant was there in black and white. I’m not sure we really believed we’d do it, but that was the number one plan.

The number two plan – and this felt more achievable – was to find work in a retirement home. Something you may not know about Yeshi is that after he moved to India he worked for many years as a full-time carer. He had no formal qualifications for the role, but in his very early Oxford days he applied for jobs and did get as far as one interview. How differently things would have worked out if he’d landed the position!

Mind you, Yeshi’s beginnings in hospitality weren’t great either. When he was unable to make his follow-up shift at the Isis Farmhouse he was sacked after his very first day. Luckily he’d picked up a delicious recipe for apple cake during this single day of employment, a dessert he continues to make at home on a regular basis.

Other people’s kitchens weren’t an attractive option after that. That one day at the Isis (which – do note! – is under different management now) turned out to be his first and only on a payroll that was not his own.

Happy Lunar New Year to everyone celebrating this weekend – many countries across the East Asian region mark the new year at this time. If dumplings are a part of your festivities then you know where to come. Our freezers have them ready-made for reheating at home, or you can buy them from us hot on the night. For the more adventurous, let the Taste Tibet cookbook be your guide – it’s currently 50% off, and we have six different recipes for you to try.

Taste Tibet is open all the usual hours this week, as follows:

Our menu is out now – check the website for full details. Come for dine in, hot food takeaway or freezer food, our chilli oil and signed copies of our cookbook.

Are you loving the Taste Tibet cookbook? Please leave us a review if so! ⭐️⭐️⭐️⭐️⭐️ 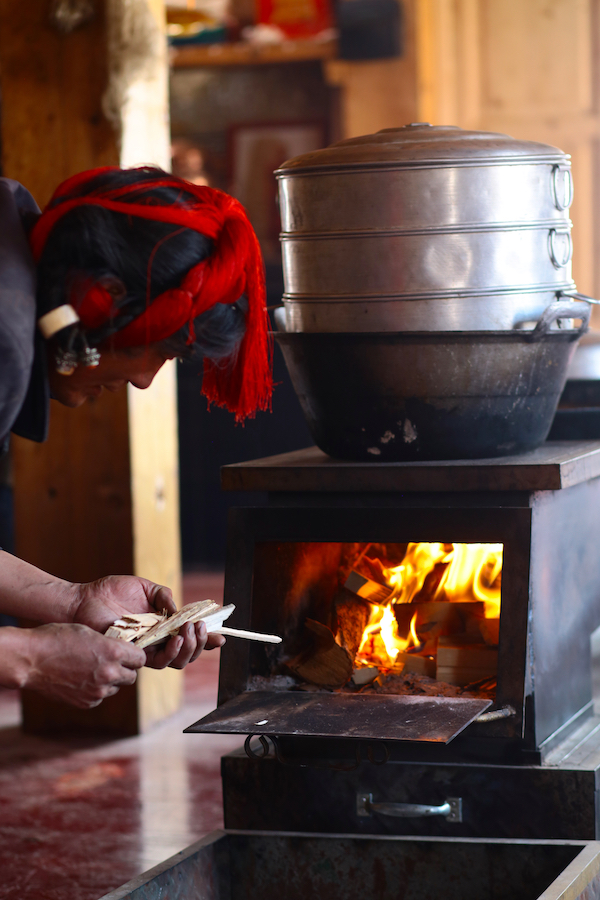 Our son Leo came up with the theme for this week’s blog, and those of you who use the Taste Tibet cookbook will already be