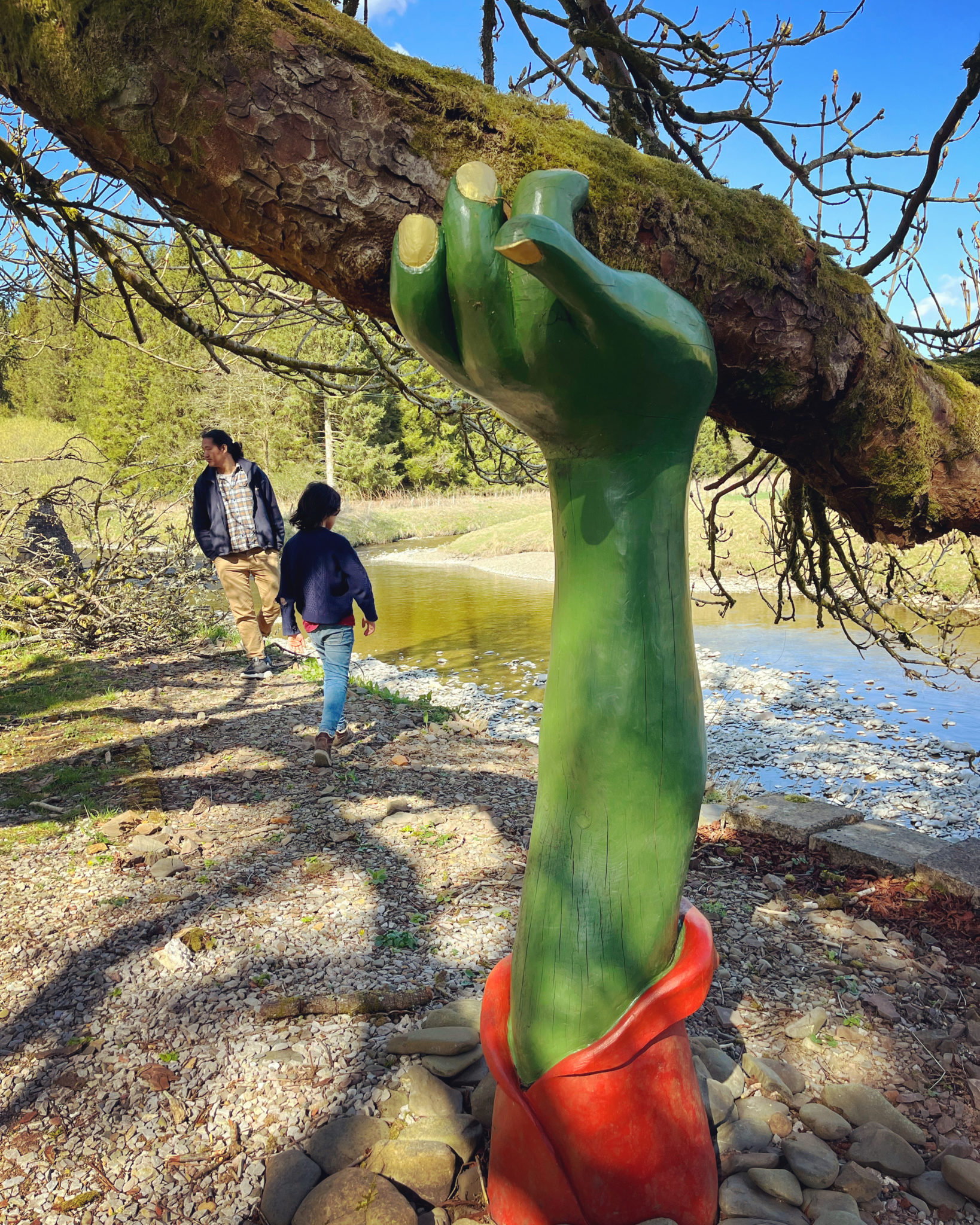 We were away over Easter. We went to Scotland, a plan that’s been brewing since Yeshi first arrived in the UK. Actually we managed it once, in 2012, but we didn’t get as far as the Highlands, and it’s the mountains and lochs that people have been telling him to visit. I was excited about a trip to this part of the world. Like everyone else, I thought that Yeshi would feel very much at home here.

Scotland through the eyes of a Tibetan nomad: turns out that it’s not about the mountains for Yeshi. His eyes are trained to seek neither great heights nor great beauty, but land that is productive, above all. And in this respect it was the lowlands that impressed him most. He enjoyed our days in Skye, scaling rocks that are said to be millions of years old. And the hill-walking and the sheep too, of course. But he was most excited about the fertile belt of southern Scotland, home to the Kagyu Samye Ling Monastery, the first Tibetan Buddhist temple to be built in the West. Akong Rinpoche, Samye Ling’s founder, is said to have picked out Eskdalemuir in south-west Scotland because it felt most like home. There are no mountains here to speak of, but the land is green and rich, and at least one of the yaks we spotted in the grounds on our visit ten years ago appeared to be thriving here still.

The monastery has only recently reopened after Covid and isn’t yet the hive of activity we remember from that first visit back in 2012. We long to give our kids the real experience. The borders are still closed to China and Tibet, but the monasteries in India beckon!

We are not going anywhere just yet, mind. A summer of festivals is upon us, and this will mean further closure of the restaurant doors here and there over the next while, sometimes for long spells. We will give you plenty of advance warning, but in the meantime come and get it!

Taste Tibet reopens this Wednesday. Our opening hours this week are as follows:

Our menu is live on the website now. Come for takeaway, to dine in (no table bookings).

Two Foodstuff klaxons this week! Our deliveries radius has widened, so if you were previously out of area, fingers crossed we now reach you. And if you are using this service, Foodstuff are offering 20% off all orders this week with the code VATLASH. It’s a gesture towards all of us for whom VAT has reverted to a whopping 20% this month. Times are hard, but that’s another post.

Looking forward to seeing you soon,